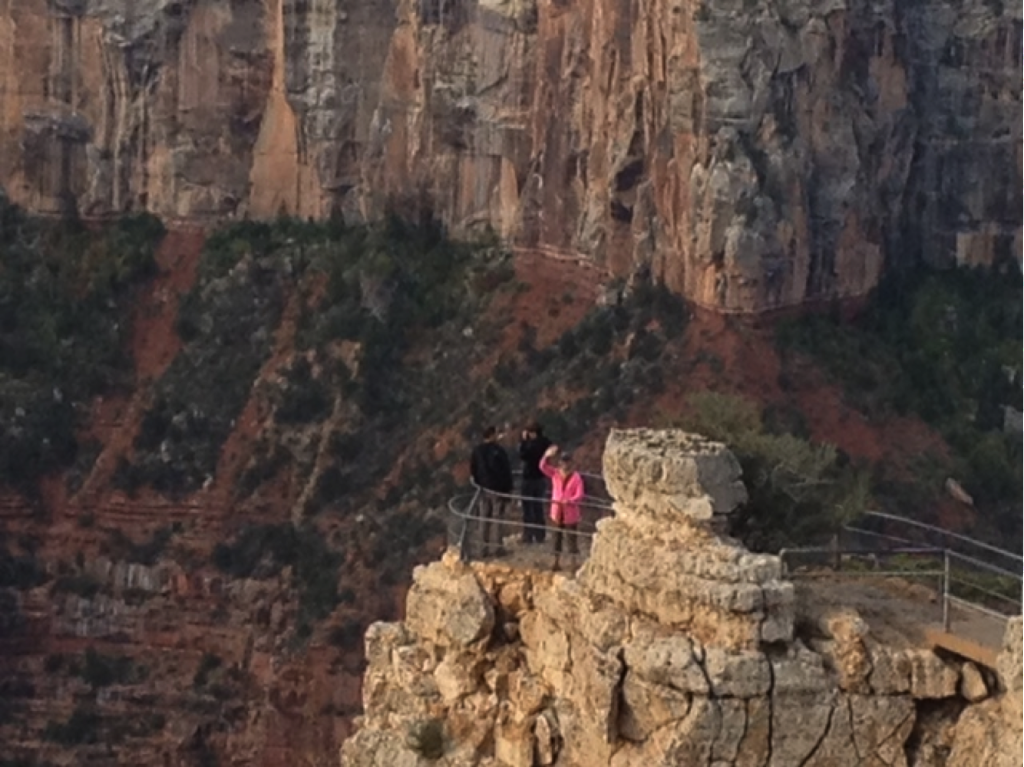 We read the book, saw the film but nothing could prepare us for the vast and spectacular and splendid Grand Canyon. Being at the overlooks and moving just a few feet in each direction, changed the panorama enormously, and the light continually changes it too. We really saw it all, at least from the top. We drove the first nite from Phoenix to Flagstaff and then in the morn we drove through the pine forests as the elevation rose entering the south rim of the Grand Canyon some hours later. Awesome is the best description and we spent the day driving from viewpoint to viewpoint, stopping for a nice lunch at the south rim hotel. Every panorama seems unique and can hardly be described. Sometimes looking like an ancient monastery in Bhutan built into the rock, other times like some parts of the giant Sphinx rising up, and still others like enormous temples like Pagan blinking in the light. We drove across the entire south rim and then headed for the north rim, some think it the best, more primitive in its way, less crowded since so much further to get to. People usually choose one or the other. But Andy got us a cabin at the Grand Canyon Lodge and determined we’d do them both. And so happy we did. Along the way stopped at a viewpoint where we could see the Colorado River under a wonderful silver pedestrian bridge, and a great book store at the visitor center where I picked up Wallace Stegner and his essays on the west to accompany us. Reached the north rim several hours later driving through some spectacular vermillion cliffs and a long sobering drive thought the Navaho reservation in the dessert. Sad, few ramshackle buildings with tons of equally ramshackle cars around spaced miles apart. Reached north rim just in time for our dinner reservation at the Grand Canyon Lodge and our own little log cabin, both on the rim, that is the actual rim of the Canyon. We awoke early to see the sunrise and spent the day driving and taking small hikes at various lookouts. Andy was very generous to go in the first place since he is afraid of heights and saw most of the views from a good distance. While I went as far as possible and the then to the furthest ends of each promontory. Evening sunset on the lodge veranda and a second sunrise at same. While the time flew by I felt we really saw as much as possible. Neither rim was really crowded and that I think because it was end of season, in fact the North Rim closes Oct 15, with the lodge closed and even the rim road as winter sets in. The weather cooled even in the time we were there. Early mornings and eves crisp and chilly and then warming in the days to 70 ish. Really a perfect time of year.

Find us on Google+
SEO & Company